Density towers are a simple and fun experiment you can do at home to demonstrate the density of liquids. Substances that are more dense create the base of the tower, while substances that are less dense seem to float in the middle and on top. You can experiment with using lots of colors to make your tower a true work of scientific art! 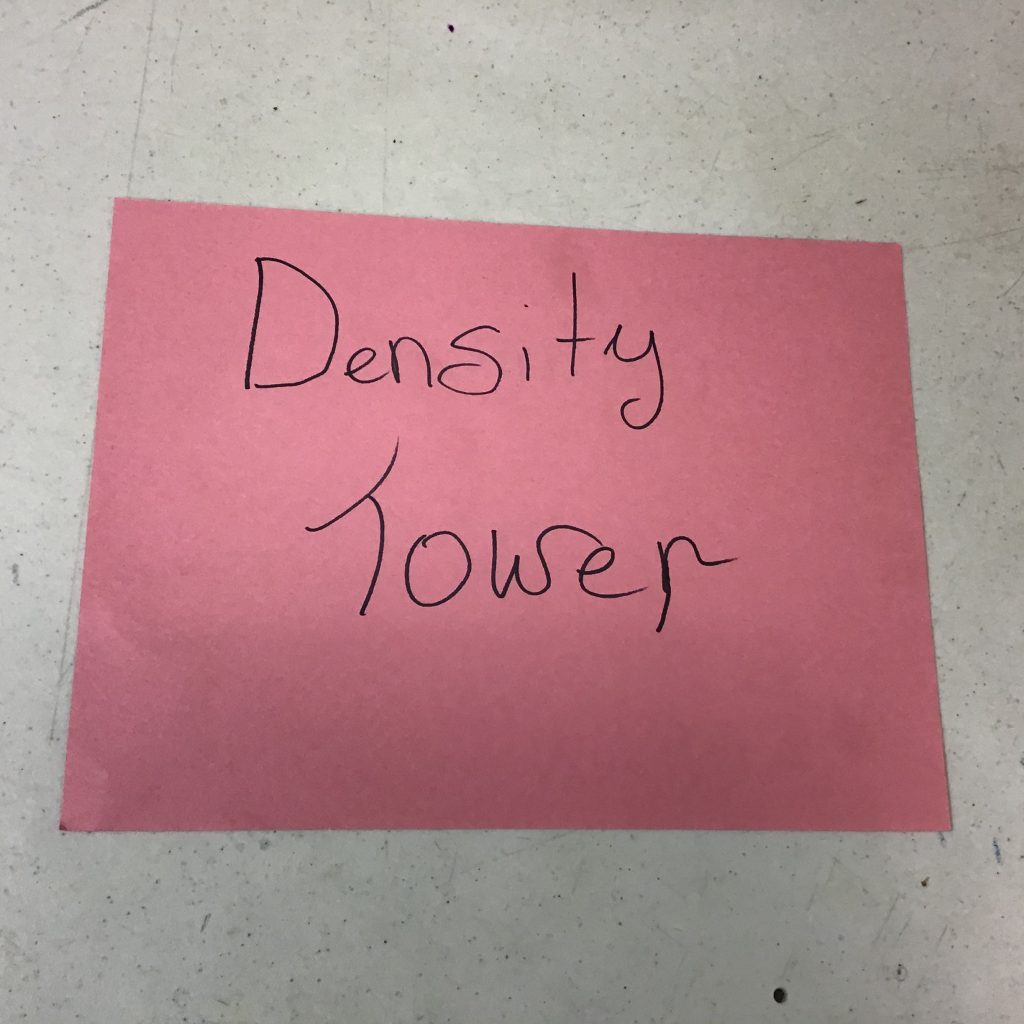 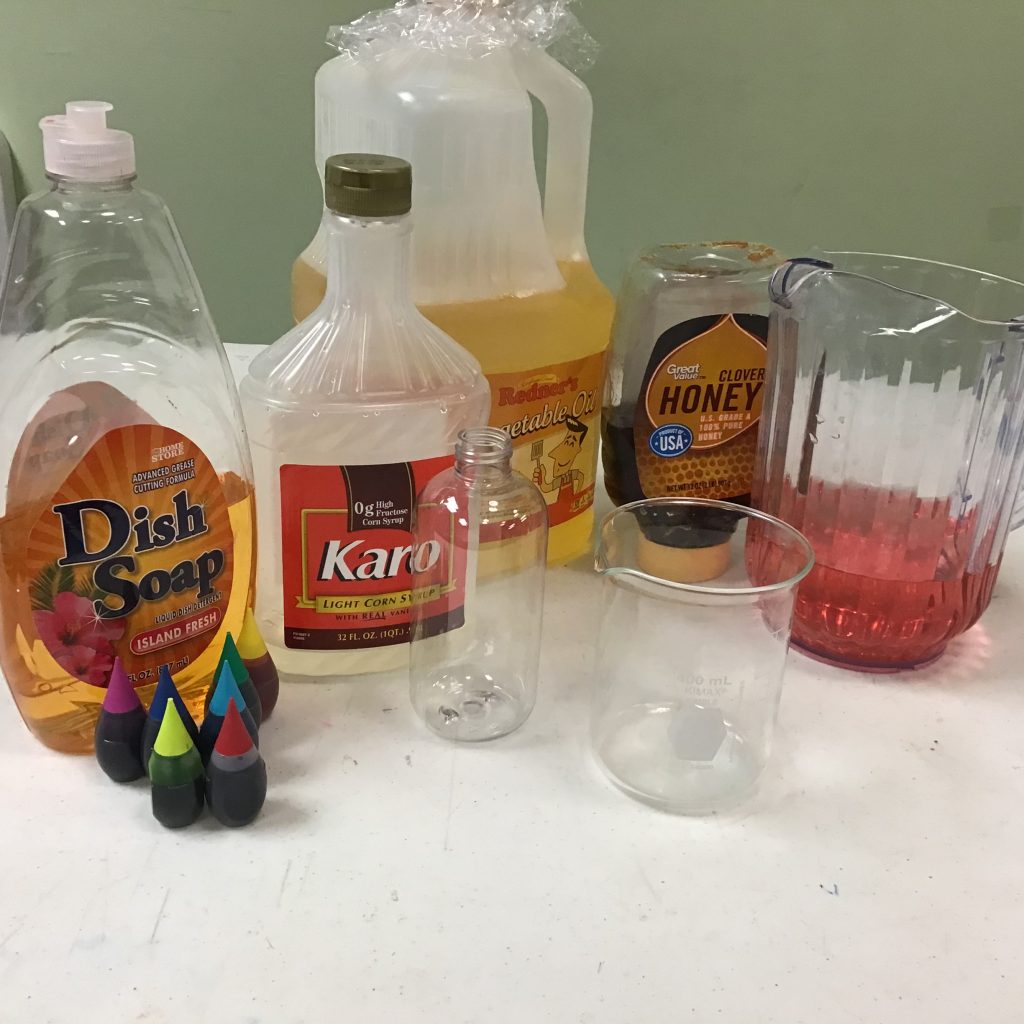 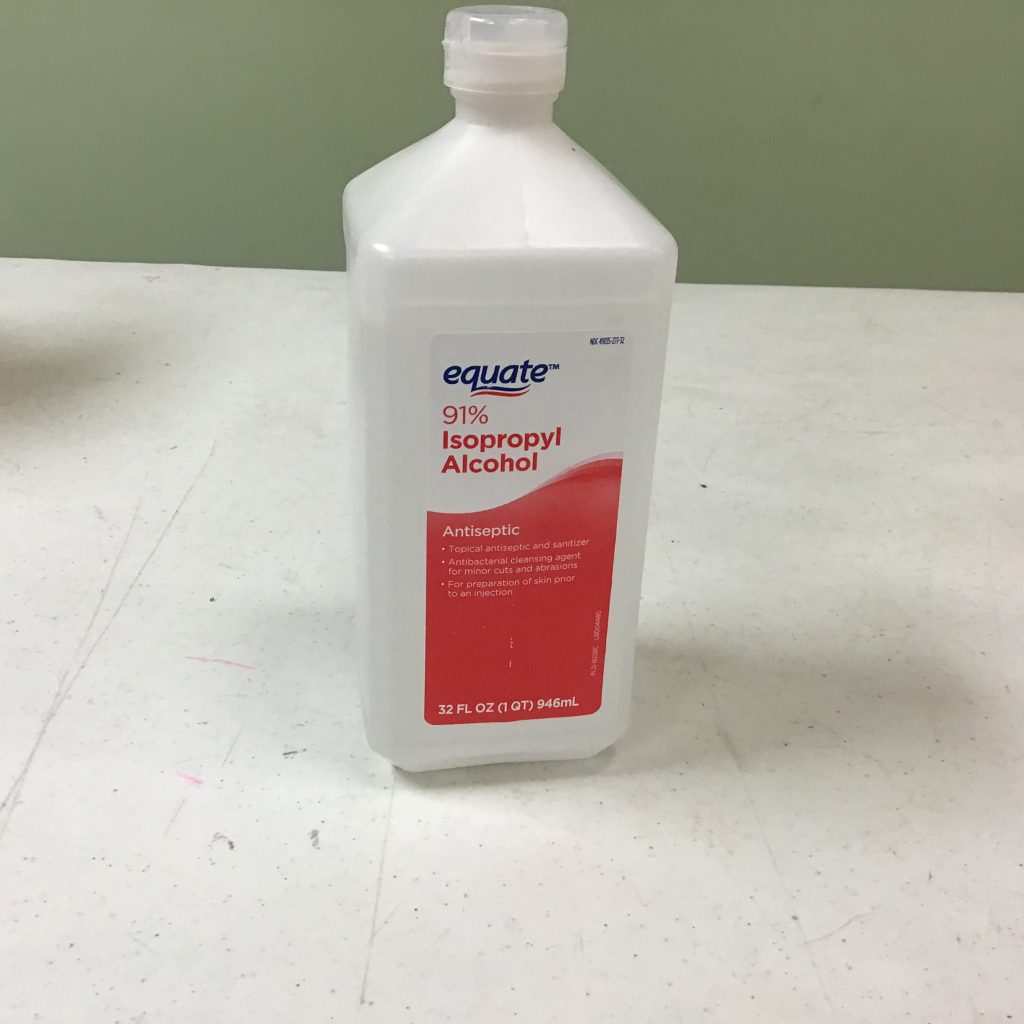 For this experiment you will need a clear container (as tall as you’d like), food coloring, honey, corn syrup, dish soap, water, vegetable oil, and isopropyl alcohol. Optional: use a separate container to mix your food coloring. 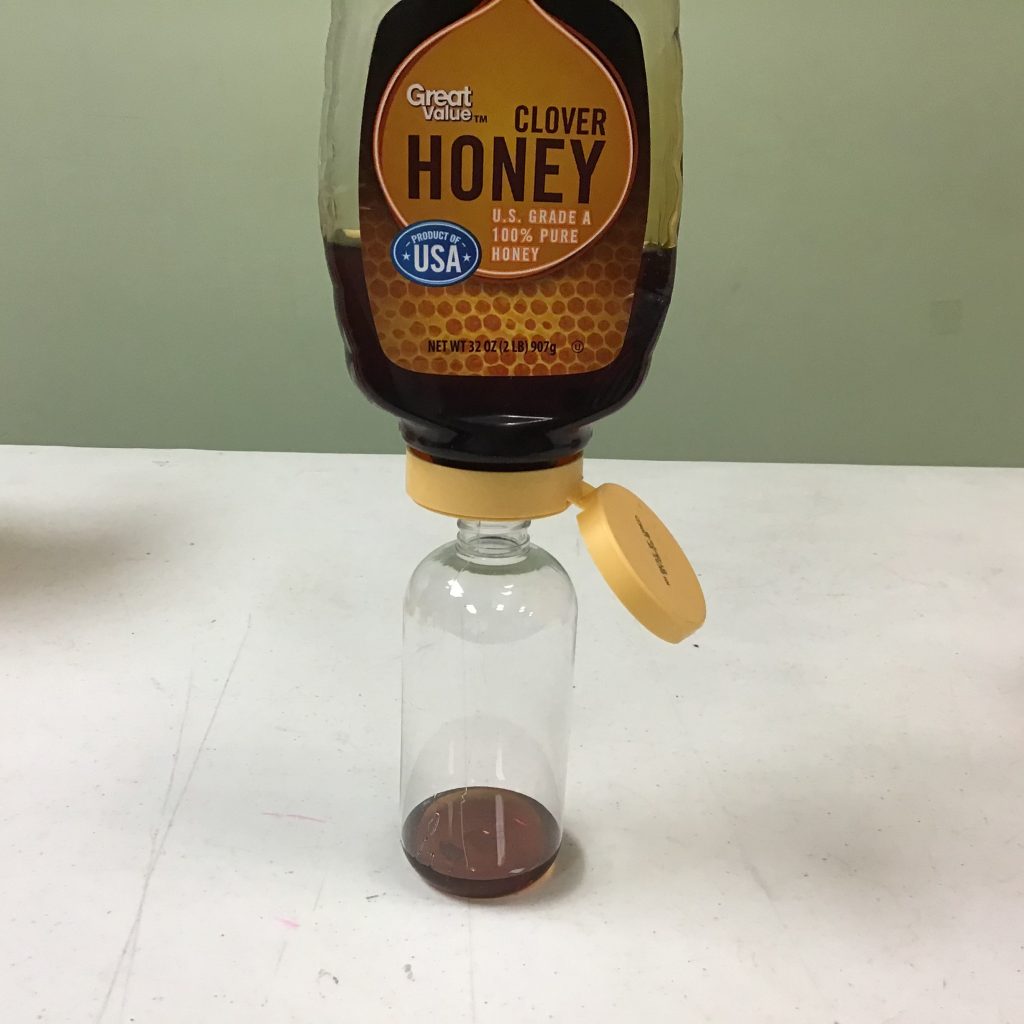 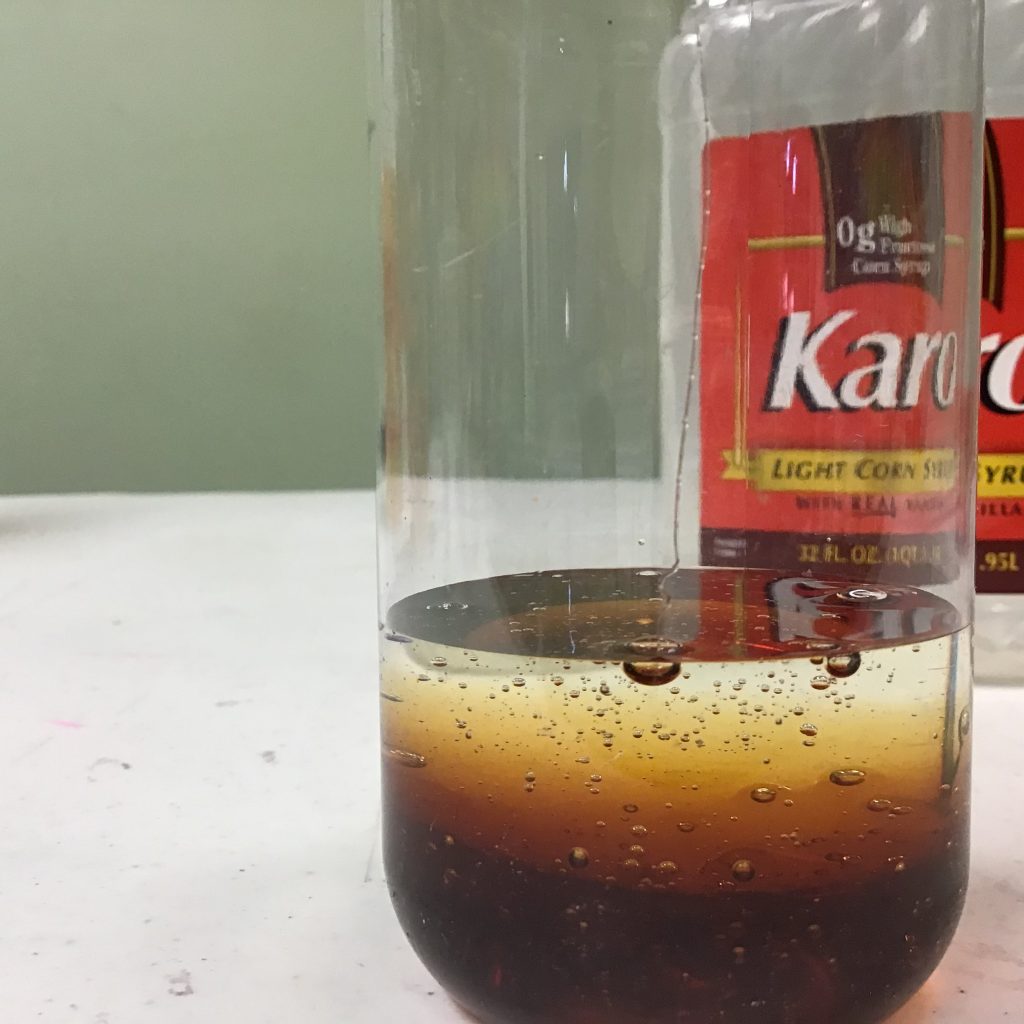 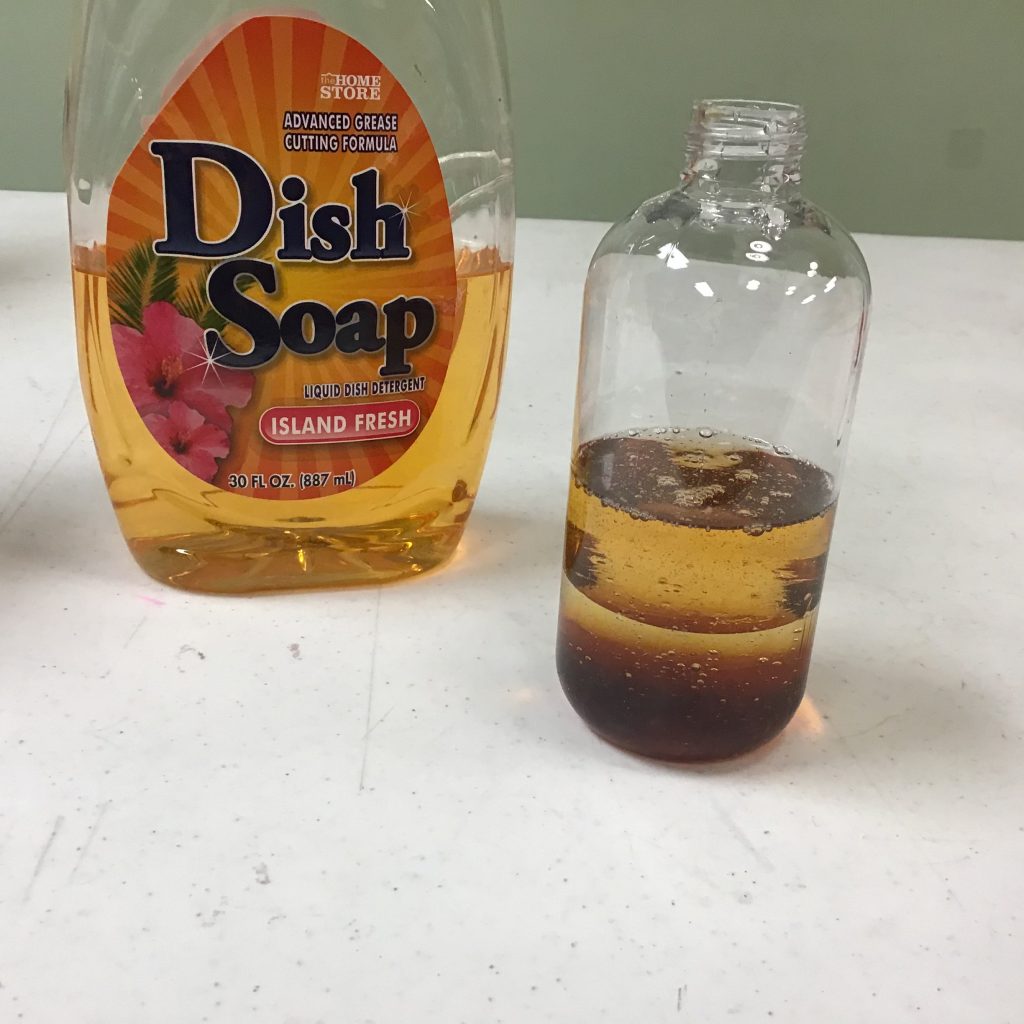 Start with a layer of honey. It’s the most dense substance and acts as a base for everything else. Next, add corn syrup. You should already be able to see your layers forming, because corn syrup is less dense than honey. TIP: When adding liquids pour down the sides of the container for best results. The next layer is dish soap. Try using different colors for a rainbow effect! 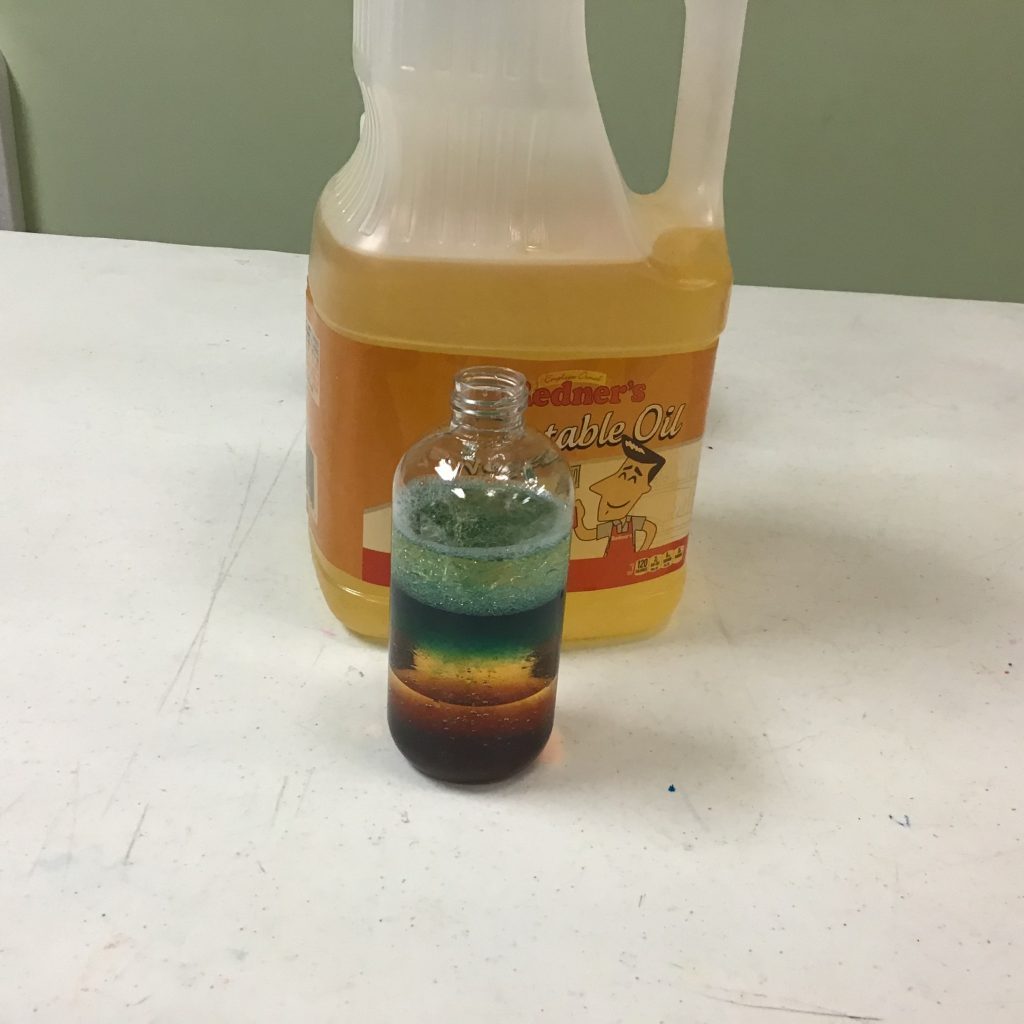 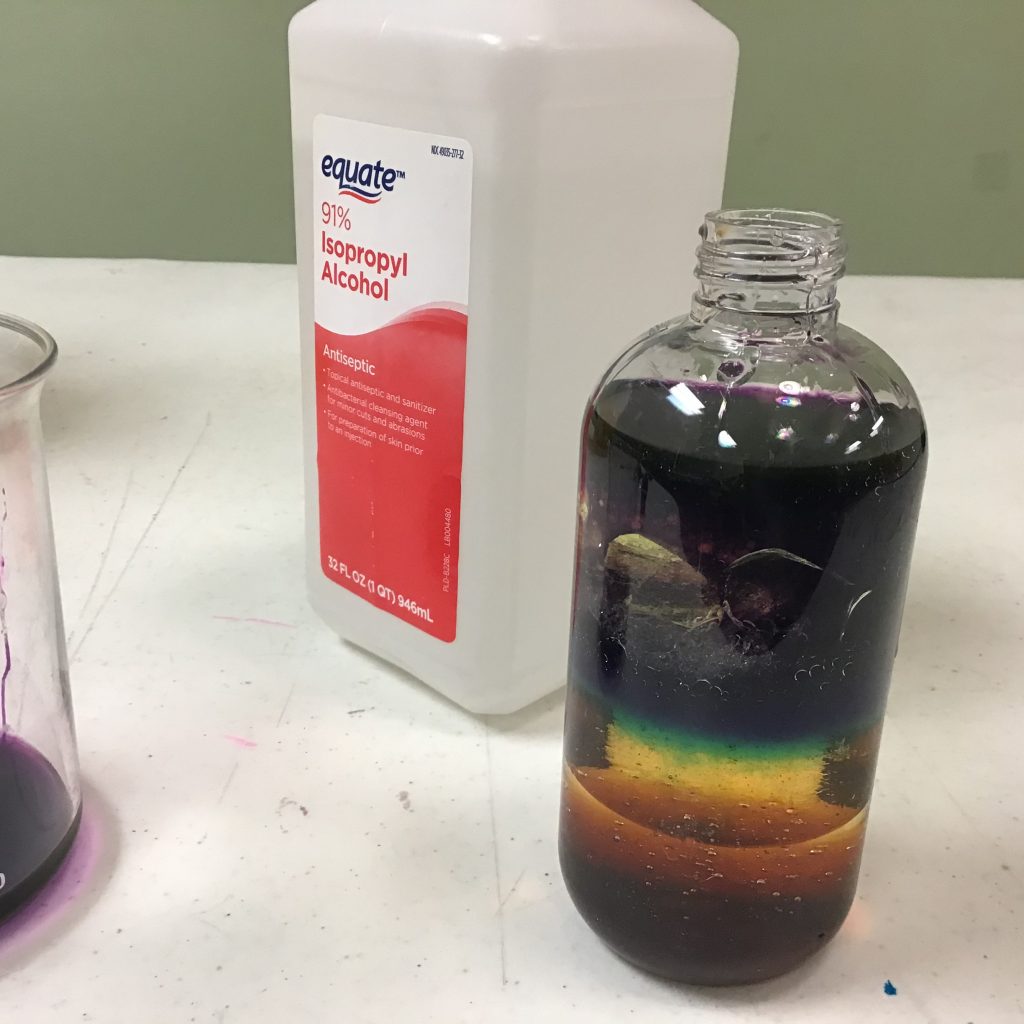 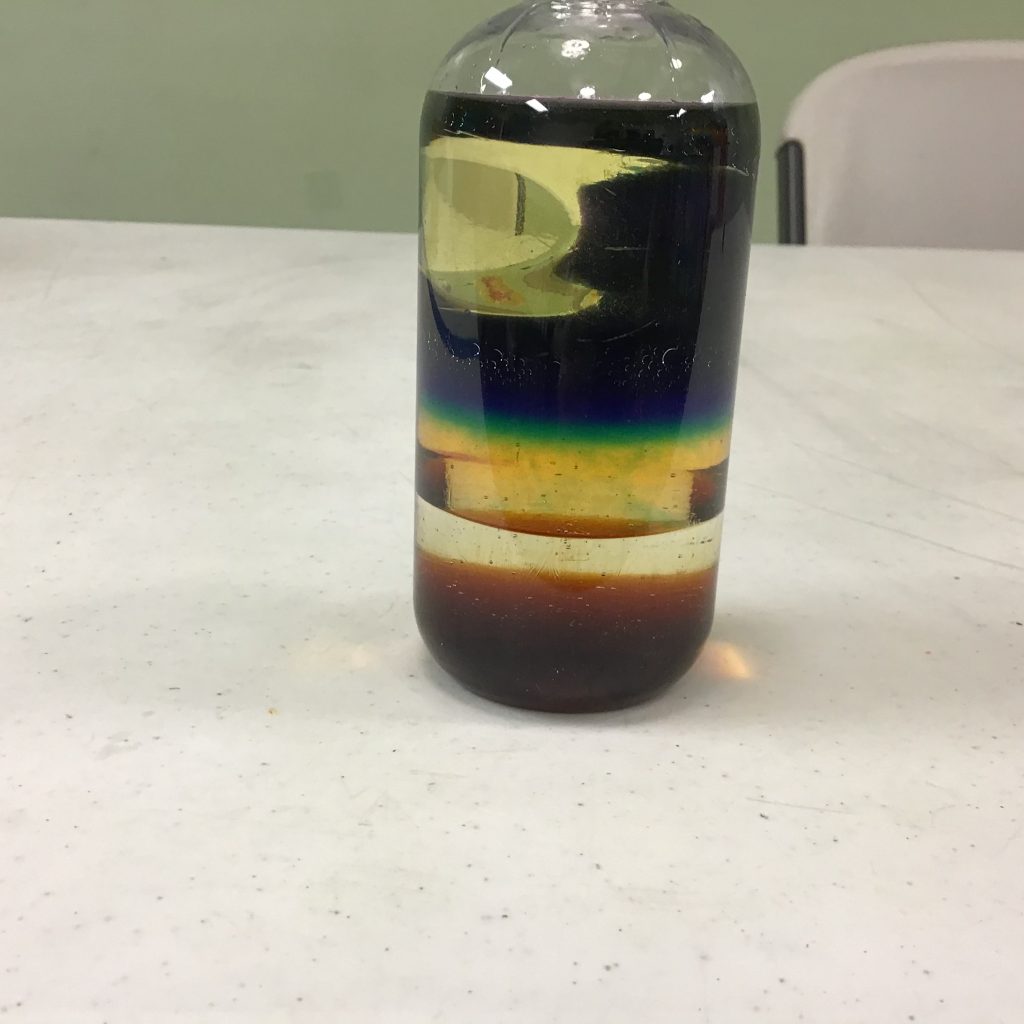 Let your tower stand for a few minutes to let the layer settle. You will see a lovely rainbow effect! What other substances can you add between the layers to make your tower higher?

Density is the mass per unit volume; how much stuff there is in a particular space.

Think about this riddle: What weighs more, a pound of lead or a pound of feathers? Because of density we know that they weigh the same.

In our experiment, honey is the most dense substance or “heaviest” while isopropyl alcohol is the least design or “lightest.” The layers stay suspended because of the different densities of each substance.

The tower won’t stay up forever. That’s due to polarity, which learned about when we made lava lamp and crayon-resist art. The honey, corn syrup, dish soap, and water will eventually begin to mix. They are polar substances. You will notice that the vegetable oil won’t mix because it’s a non-polar substance.